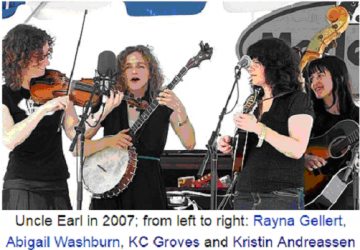 Ears are ringing after first concert!?

Ears are ringing after first concert!?

Yesterday I went to my local warped tour, and you know warped tour, all metal core or rock, punk bands, so no doubt it was going to be loud, I went to about 6 shows and all of them I was in about the middle part of the crowd. But during the 5th show, it was a really heavy band and I was in the front where security grabs people who crowd surf, I was right in front of the band. I had no earplugs(which was a big mistake and I learned my lesson) so when they ended my sound was muffled ALOT and went straight to the next show. That night my ears were ringing but I didn't think anything of it so I went to bed and the next morning they were still ringing, keep in mind this is only my right ear, and all through the day it's been ringing. How long does it last? I know it is basically a danger alert for damage but it was my first concert ever! And I'm super worried! How long will it last??

Well, that ought to teach you a painful but valuable lesson. Now if you went to a bluegrass festival instead of that rubbish-fest, then your ears would be fine. Bluegrass is always played at a comfortable volume level. No one ever suffered hearing loss from bluegrass concerts.